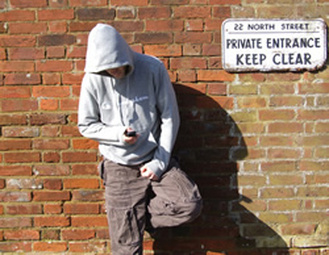 Perhaps in the Muslim world, Imams were simply the person who led prayers and on occasion dealt with the social problems of Muslims in his community, if ever. But being an Imam in the West is more than a full-time job.

"The Imam has to be like the Christian priest in that he must be a friend, a teacher, a counselor, a parent," says Waheed Mustapha, a youth advisor with the Muslim Youth of North America (MYNA) for the past 12 years. "I know that most Imams can't fill many of those roles. However, a good Imam should be able to call on other community members to work along with him."

When it comes to Muslim teens, an Imam must go way beyond occasionally leading them to prayer (when and if they come to the Mosque). The Imam has to be a role model for Muslim youth who inspires confidence and trust.

Here are a collection of suggestions from Imams, activists and Muslims who have grown up in the West for Imams on how they can help young Muslim teenagers, especially, maintain their Deen.

Tip #1: Conduct a survey by youth and for youth to get an accurate picture of the their concerns and needs in your community

To get a more accurate picture, conduct a survey. Get a couple of the youth in the community, headed by a teenager or college student studying social sciences or statistics draft a list of questions about some of the following things:

1. How often they come to the Masjid per month?
2. Why many of their friends don't attend masjids?
3. What are five things they would do to increase youth participation in the mosque and the Muslim community in general?

Have the youth conduct the survey. Give them about a month, at least, to get all of the results in. Then have them compile the results.

Once you have the answers, organize a seminar at the mosque or a community center and have the teenagers involved in conducting the survey announce the results to the community.

Make this into an information and brainstorming session, where data is not just being presented, but it is used to come up with concrete ideas on how to get Muslim teens interested in Islam and the Muslim community again.

Tip #2: Find out how much of the budget is devoted to youth activities and needs

When was the last time the mosque spent money for a youth field trip? How much does it allocate for weekend Islamic school? Talk to the treasurer of the mosque or Islamic association to get this information. You may notice youth interest and participation is directly proportional to the budget allotted for youth activities.

One young Muslim explained to me his brain is usually somewhere else while the Imam is talking on Fridays because the topic is of little relevance or interest to him. Speaking about relevant issues, especially those in the news will grab their attention.

For example, if a high profile incident of racism takes place, use it as a starting point for a Khutba on race relations in Islam and how Muslims should deal with that.

Other possible topics are the Islamic perspective on peace, sexuality, proper relations between the genders, homosexuality, sex outside of marriage, husband-wife relations, lowering the gaze (especially in summer), avoiding watching Haram shows and programs on television (see www.soundvision.com for more ideas for topics).

Tip #4: Present Islam to them as you would to a non-Muslim

Youth who grow up in the West are often not as convinced as their parents are that Islam is the truth and the best way of life. They need to be convinced the way someone who is not Muslim needs to be convinced. Use this approach in Khutbas, lectures and one-one discussions where youth are present. Islam needs to be "sold" to the youth and this can be done by using the right "marketing tactics".

Tip #5: Learn to speak and public speak well in English

Any Imam who cares about Muslim youth staying Muslim in his community must become familiar with the local language. Take spoken and written English classes, since your Khutbas must be partly in English on Fridays to cater to the non-Arabic speaking crowd, and wholly in English on other occasions.

As well, read books or take courses on public speaking so you can convey the beauty of Islam as clearly as possible.

Tip #6: Call the youth up when there is good news

Did Jameela just finish at the top of her class? Did Hassan win the Most Valuable Player trophy for intramural basketball? Call them and give them your congratulations. You will be seen not just as the guy who preaches, but the Imam who cares about what goes on in teens' lives.

Tip #7: Call and visit when times are rough

Did Ahmed's mother just die? Or did Aneesah lose a friend to cancer? A simple phone call and visit for condolences though is not enough. Call every couple of days in this situation to offer support, encouragement, help and to indicate you're there for them.

Tip #8: Have the first ever Imam and parents vs. youth basketball game

It can also be baseball, hockey or cricket if that's what everyone likes to play. The point is not to beat the competition, but to have fun and build community spirit and youth confidence in the leadership. Have kids nine and under be "cheerleaders" for the different teams. Have this activity at least twice a month.

Narrow-minded and hateful of women is how some young Muslim women see Imams, much of it based on personal experience at mosques which have become "men's clubs" instead of places of worship for all Muslims in some communities.

If you want sisters, especially teenagers growing up in the West, to rekindle their love of Allah and Islam, as well as take part in the community, don't shun their attendance at the mosque, or them if they don't dress properly.

Be attuned to their needs. Appoint a teenage sister to be the representative of the young sisters' concerns and have her convey these issues to you regularly. As well, encourage them to set up activities for young sisters at the mosque, whether it is Halaqas, seminars or just a luncheon for sisters on Eid. Also, make sure to advise and guide those who seek to impose cultural limitations on women. 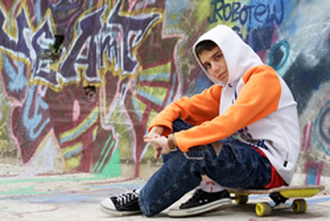 No one, Imam or not, can expect to be trusted if he is confided in and then tells the youth's parents. All the confidence-building with the youth you were doing will fall apart if this happens and the youth finds out even once.

The only time parents should know about secrets the youth confides is if they are of a serious enough nature and the youth is adamant about taking the wrong step, even after you have talked to him or her several times (i.e.eloping, taking drugs, committing suicide).

Pick five of the teenagers who attend the Masjid most regularly for prayers and who have demonstrated involvement in the community to be your assistant Imams. They lead prayers when you are not there.

Then, amongst the five, choose the one who shows the most commitment to the knowledge and practice of Islam.

Arrange to have him sent to a Muslim country for Imam training and knowledge building for at least one year. Urge the local Muslim community, especially, to support this, since it is in their interest to have an Imam who knows Islam, leadership, and how to live as a Muslim in the West.

Tip #12: Appoint senior youth as board members of the mosque or Islamic association

Muslim youth of university age or older who have grown up in the West, and have maintained the practice of Islam are your allies in keeping young Muslims from leaving the Deen. Give them positions on the Board of Directors s o they have a say in community matters and be a voice for the youth in the community.

Tip #13: Help the youth form their own group under the Masjid or Islamic association's umbrella

This group would be more of a peer group type of set up, organizing regular activities, both educational and social. This should be run by youth for youth. They can rely on the support and assistance of older members of the community, particularly the Imam.

There should however, be one or two trusted parental advisors involved with this group.

The website is also the ideal project for a Muslim youth. Instead of getting one of the older mosque board members with a PhD. in computer science set it up, why not let a responsible youth take over? They'll have fun, learn about the community and instill a creativity to the website Br. PhD. may not have.

Include in this project a community directory. Set up a team of volunteers, of various ages and backgrounds, to look through the phone book and call all Muslim sounding names to ask if their names can be included.

Did you just find out the public school a few blocks from the mosque is teaching grade five kids Muslims are terrorists woman haters? Or that they are starting a unit on family life which includes a favorable discussion on "homosexual families"?

Set up a committee of parents to monitor public school curriculum and developments. This committee must include parents whose kids attend public schools. One or two parents on the committee should also be involved in the school's Parent and Teachers' Association (PTA).

This committee will arrange for talks about Islam and Muslims to be given at the school by Muslims.For instance, before Ramadan, a parent can arrange a presentation in front of the school, or a Social Studies class to present what Ramadan is. When a high profile incident of terrorism where Muslims are the perpetrators takes place, this committee arranges a talk on Islam and Terrorism.
They will also provide the school with general information about about Islam and "lobby" on behalf of the concerns of Muslim parents and of course teens and kids.

After Juma or on other occasions, make Dua in congregation, and especially, ask for Allah to protect our young people and teenagers, to make the strong in Islam and a part of the community. This is especially important on Eid, when even less practicing Muslims attend prayers. Mentioning them in the Dua will get their attention and indicate that someone cares.

This task force of at least two to five people identifies, classifies and recommends the appropriate help needed for various members of the community. These committee members should ideally be paid for their service.

One example of how this would work is the following: you as the Imam get a call from a 14-year-old who wants to commit suicide due to severe depression and family problems.

While you can talk to the youth and show concern and understanding, it is clear he needs professional help. In this case, you can call on the social worker or counselor of your community and refer the case to him/her.

So ultimately it means the Imam is there for support, but can direct community members to the right place when expertise is necessary.

These seminars are meant to help parents and teenagers, since in the long run, it affects the whole family. Present parenting from the Islamic perspective, and make sure to present the teenagers' side of the story: what do they say about their parents, their needs, concerns, etc.

If you can't do it, get Muslims who have studied the topic and have the requisite Islamic knowledge, the experience as parents who have raised practicing Muslim kids in the West, and who can present this kind of information properly, to teach these seminars.
© ﻿Copyright, Pilarit ry, 2015﻿
"Joka lähtee tiedon hankkimisen polulle, hänelle Allaah tekee helpoksi tien Paratiisiin."
A learned man who does not restrain his passions is like a blind man holding a torch, he guides others but not himself.